Taptap Heroes is an amazing Idle RPG. Enjoy the fantasy universe with up to 200 different characters to choose from. Defeat enemies and bosses to earn rewards. Get daily rewards. Enjoy even more with friends.
4.4/5 Votes: 163,038
Report
Developer
Ajoy Lab GamesVersion
1.0.0316
Updated
30 April 2022Requirements
Android 4.1 and up
Size
92MBGet it on

Taptap Heroes is an awesome Idle RPG game developed by Ajoy Lab Games and released in 2018. You get to enjoy fun battles in this game. Play the epic fantasy game, which has a lot of characters to enjoy.

Fight battles in Mystia. Your goal is to defeat the queen of hell, “Freya”. She plans to take over the world using the powers of the holy sword. Stop her before she takes over the world. Complete enjoyable quests.

When you first start this game, you will have to open a summon chest to summon a hero that will help you fight on the battlefield. Normally, you will have to collect 1000 energy points, but first hero is free to unlock.

Whenever your hero attacks the enemies or gets attacked, you receive energy, and your energy gauge fills up. You can unleash a skill after your energy gauge is filled. Skills deal more damage than normal attacks.

At the end of the mission, you will get rewards. You will get coins, gems, hero points, and some other skills. If you are lucky, you can receive a surprising big reward like a hero shard. After collecting the required amount of shards, you can summon heroes.

Tap the hero avatar to summon a hero. You are not limited to the default attributes of your heroes. You can upgrade them and strengthen them in the battle to make them fight better on the battlefield and easily overthrow the enemies.

Equip powerful weapons to become unbeatable on the battlefield. You can enjoy a lot of beautiful places and maps in this game. At the start of the game, the maps are locked, but you can unlock new maps.

You need more heroes to unlock new maps. You will have to defeat waves of enemies to win. If the enemies are proving to be difficult to beat, equip better weapons, unlock powerful heroes and keep upgrading. 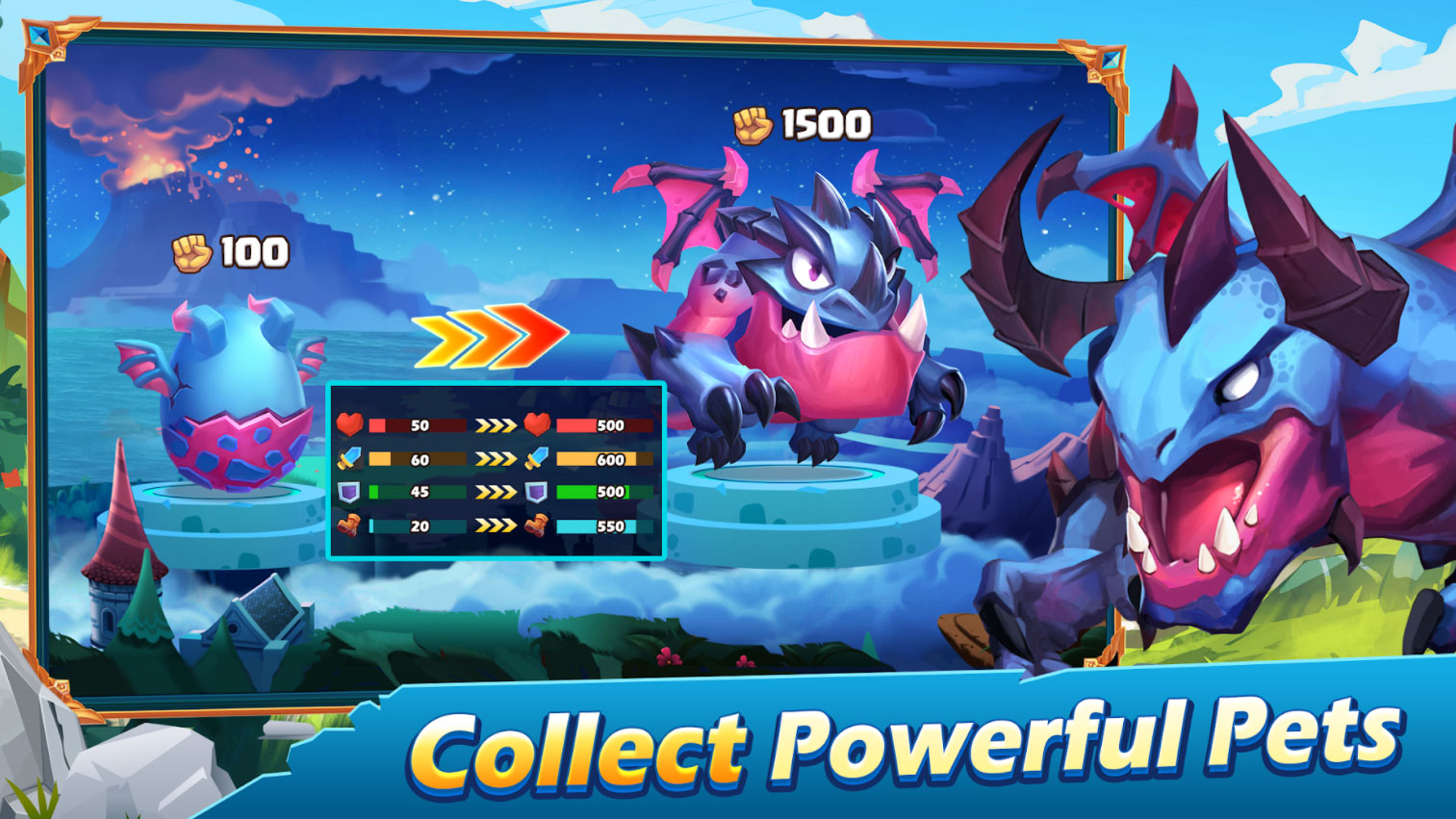 It is an idle game which means you don’t have to put even a little bit of effort to play this game. It is for people who can’t play difficult games or find combat hard. Just tap on the screen and your heroes will fight.

You also have the option to deploy pets on the battlefield. The pets help you in fighting the enemies. Fight powerful bosses. The boss fights are easy but a little difficult if you don’t pay attention to your upgrades.

Also, defeating bosses will give you more rewards than defeating normal enemies. The monster will drop loots when you are AFK. The longer you are AFK, the more loot enemies will drop.

You will get one gift per day. You can play multiplayer with your friends and have a great time with them. You will find more than 200 different characters, each one with its own unique look and abilities.

Choose the best characters according to your taste.

You can upgrade and reach higher levels and can buy anything in the game. Purchase your favorite heroes and weapons. Have Fun with Taptap Heroes.

1. How do I get better at Taptap Heroes?

2. How do you break down heroes in Taptap Heroes?

Ans: Sacrifice your heroes in the Breakdown Lab and get rewards.

3. Is it safe to download Taptap Heroes MOD APK? 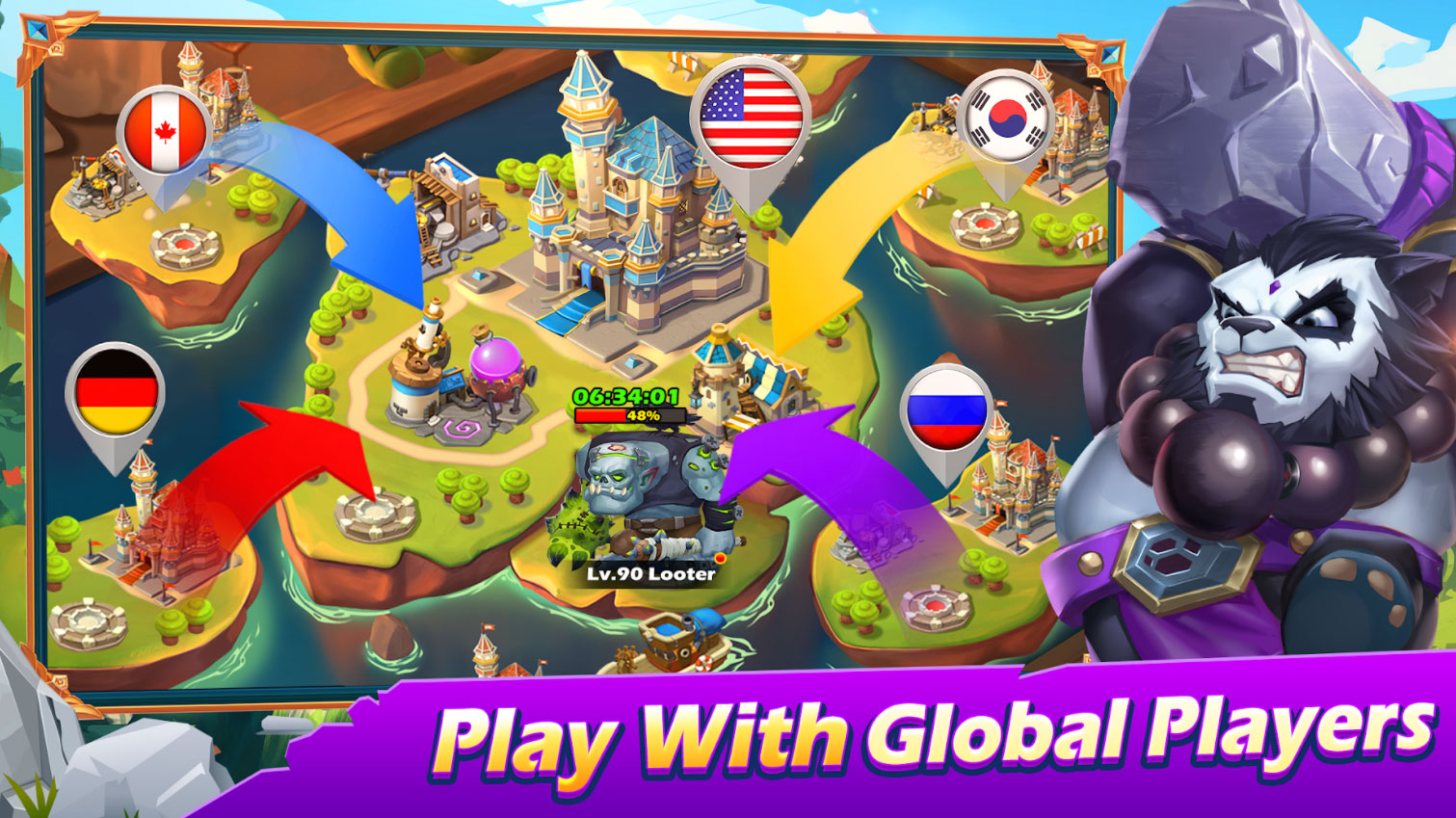 Some players don’t want to learn the game and work hard to practice and play better etc. For those types of players, this game is a perfect choice. This game should definitely be on their list of great games.

The graphics are amazing, and the controls are really simple. Keep tapping and keep defeating enemies. You will have a great time while playing this game, that’s for sure. So, without further ado, download Taptap Heroes MOD APK and have fun. 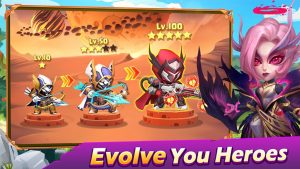 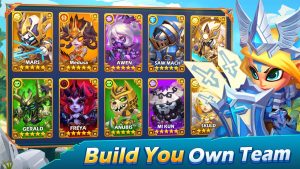 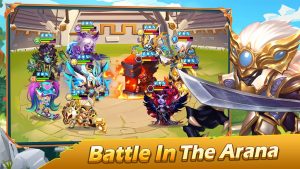